Some of our sanctions related legal work includes:

Nick appeared in the Supreme Court for the shareholders of Bank Mellat in the bank’s successful claim that British government sanctions against the Iranian bank were irrational and therefore unlawful.  Nick then led the Bank’s team on its subsequent claim for damages under the Human Rights Act,  which was the largest such claim ever to come before the English courts.

Jonathan was recently instructed by an aircraft leasing company to recover possession of a passenger airliner when the impact of sanctions against Russia rendered its insurance by the lessee airline invalid. Consequently, the lease was terminated, and Lord Marks KC acted for the lessor in successful injunctive proceedings in London’s Commercial Court to prevent unlawful removal of the airliner from a Middle Eastern country.

Edward was on the Registration of Overseas Entities Draft Bill Joint Committee in Parliament in 2019 and took part in the debate on the Economic Crime (Transparency and Enforcement) Act 2022 in the House of Lords last month. He recently contributed to the 4 Pump Court podcast “The War in Ukraine” and to a RUSI podcast as a member of its Taskforce on financial crime. Edward has sanction-related experience in the financial sector which must currently remain confidential.

Alex has experience in disputes concerning sanctions in the context of Venezuelan oil.

Acting for Respondent in an arbitration concerning whether or not an owner of a tanker was entitled to refuse an order to load what is alleged to be oil of Venezuelan origin under sanctions clauses and whether charterers’ alleged insistence that that it be loaded constituted a repudiation of the charter.

Acting for Claimants in a Commercial Court oil trades and demurrage dispute with a state owned oil company. The claim concerns inter alia whether or not the oil company is entitled to not pay for sums owing under oil sale and purchase contracts on the basis that payment would contravene sanctions. The sums involved are c. US$180m exclusive of interest.

Ed acted as sole counsel for the successful shipowners in ten separate LMAA arbitrations against a state-owned oil producer, concerning the application of OFAC sanctions, allegations of frustration / illegality arising from an alleged inability to make payments in US dollars.

Advising a range of shipowners, charterers, cargo interests and commodities houses in relation to issues arising from the Ukraine-Russian war, including the operation of sanctions against Russian entities, payment obligations in US dollars, and the application of the BIMCO sanctions and war risks clauses (ICC, LCIA, LMAA arbitrations).

Kajetan regularly advises on issues affected by rapidly developing legal landscapes, and has been advising businesses on compliance with Russia-related sanctions since the start of the 2022 Russo-Ukrainian War. Examples include advising a British engineering firm on the lawfulness of a proposed transaction with a Russian client with links to the state, and advising a company operating in the maritime sector on supplying services to superyachts with opaque ownership structures. 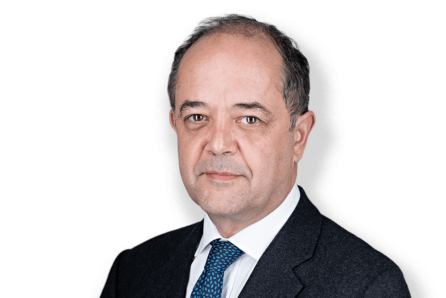